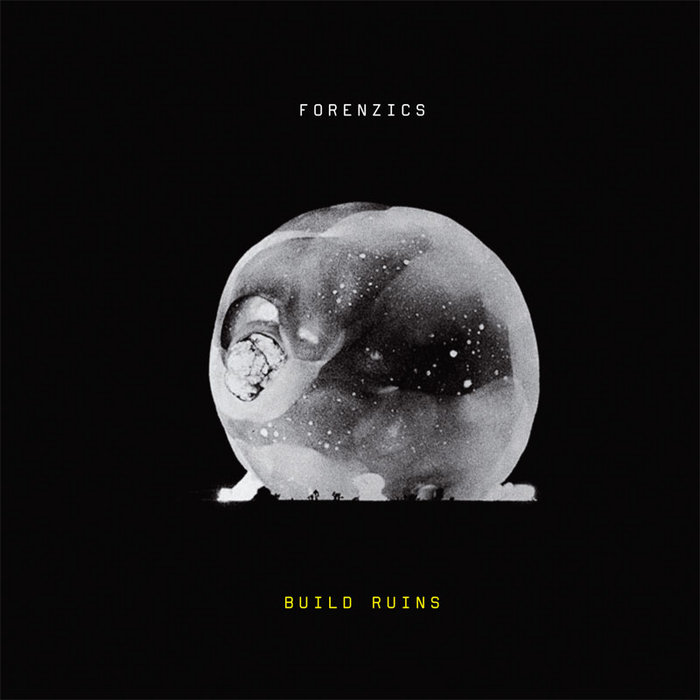 A collaboration with Japanese electronic artist Ryota Yamamura and Joe Cummins on trumpet and Kaoss, ‘Build Ruins’ is driven by Forenzics’ simple philosophy: play what you feel without limits and boundaries, but whatever is brought to the table must be created there and then. There are no restrictions on genre, texture, format or structure – Forenzics’ improvisations are directly defined by the mood, ability and preferences of the musicians taking part.

The constants in Forenzics are the two guitarists, Matthew Syres and Dirk Kruithof, both playing through myriad effects, tunings and various degrees of prepared guitar, with Dirk often adding voice, bass, banjo or found sounds to the mix. Forenzics have also played with some of Sydney’s best drummers including Evan McGregor, Louis Burdett, and founding member Ben Eadie.

‘Build Ruins’ follows two earlier releases from Forenzics, 2009’s ‘H3O’ and 2010’s ‘Static and Silence’, and is woven from their ever-evolving live shows – which have earned plaudits such as “early Mogwai baiting Oren Ambarchi and Battles” (via Blitz Magazine).